Hanukkah: A Holiday that Changes Meaning over Time 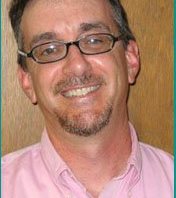 Hanukkah, which begins this year on the evening of December 8, is a great example of how the meaning of Jewish traditions changes across time, in response to the situations in which Jews find themselves.

As you probably know, Hanukkah commemorates the rebellion of the Hasmoneans against the Seleucids, successors of Alexander the Great who, unlike the conqueror himself, tried to impose the glories of advanced Greek civilization by outlawing Jewish practice. It’s a truism of Jewish life that Jews might not mind giving up Jewish practice, but they don’t like it to be taken away from them by force, and this time their response was rebellion. In 165 BCE, after a three-year struggle, the Hasmoneans defeated the Seluecids.

These events are recounted in the Book of Maccabees, a nearly contemporaneous account which wasn’t included in the Bible for two main reasons: first, a lot of it is in Greek, and second, the classical rabbis didn’t like it.

You see, the Hasmonean revolt was considered a bad example for the Jews who came after. The Seleucids were defeated militarily (largely because their attentions were divided with their other enemies), but when the same tactics were tried on the Romans, it led first (in 70 CE) to the destruction of the Temple, and then (Bar Kochba revolt, 135 CE) to the expulsion of the entire Jewish population from Judea. Because the option of armed resistance had done so much damage, the rabbis were at great pains to disapprove of it.

So when the rabbis, 500 years or after the events described, asked the question “Mai Hanukkah?” (What is Hanukkah?) the answer was very different: “For our Rabbis taught: …. when the Greeks entered the Temple, they defiled all the oils in it, and when the Hasmonean dynasty prevailed against and defeated them, they [the Hasmoneans] searched and found only one cruse of oil which possessed the seal of the High Priest, but which contained sufficient oil for only one day’s lighting; yet a miracle occurred there and they lit [the lamp] for eight days…” (BT Shabbat 21b)

And here we have the “miracle of the oil,” and with it a focus, not on rebellion and nationalism, but on ritual practice and miracle. We also the beautiful and powerful words of the prophetic portion read on Shabbat during Hanukkah, from the Book of Zekariah: “Not by might, and not by power, but by my spirit only, says Adonai of Hosts.”

There things stayed for hundreds of years. When the early Zionists began to settle Palestine, they weren’t interested in the quietistic and ritualistic Hanukkah of the rabbis. They wanted the rugged, self-defense orientation of the original story. The nationalistic elements of the classic story meshed well with the “new Jew” the Zionists were trying to develop, so that’s where they put the focus.

Here in America, the historical circumstance that has most affected our celebration of Hanukkah is its proximity to Christmas. Because we don’t want out children to feel deprived relative to the majority population, we have puffed up this fairly minor holiday to major proportions. Just another example of how Hanukkah is changed due to the historical circumstances of those celebrating it.

So where that leave us?

Despite a certain romantic attraction to the rugged rebellion of the Maccabees, I find myself more in agreement with the classical rabbis. A reliance on warfare as a means of national expression leads to all sorts of terrible consequences, as we keep seeing in our own time. When your major weapon is a hammer (Judah Maccabee was called “The Hammer”), then everything around you is a nail, and that’s no way to build a world.

As we light the lights this holiday, let’s remember, as Debbie Friedman reminded us, that it’s “not by might, and not by power” that the world will learn to live in peace, and in mutual connection and concern. And that really would be a Hanukkah miracle.

This entry was posted in Community, Holidays, Worship and tagged Hanukkah, Moti Rieber. Bookmark the permalink.